You are here: Home / Articles / Stand Out on the Playing Field with Executive Coaching 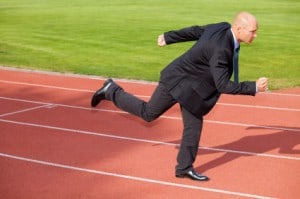 Executive coaching helps you improve your performance and win.

The Williams sisters are known as two of the most formidable female tennis players in history. But they didn’t get there by accident. Initially coached by their father, they have since worked with a variety of coaches who have helped them refine their games, stay in shape, respond to the competition, and continually do what needs to be done to win.

But it’s not just athletes who recognize the importance of great coaching. Today, more organizations, leaders, and professionals are realizing that a little executive coaching can help them go a long way toward playing their “A” game.

One of my favorite articles about leadership coaching is an oldie but goodie that appeared in Fast Company. The article, “Wanna Be a Player? Get a Coach!”, by Claire Tristram, profiles two high-flying executives, and shows how leadership coaching helped them reach peak performance.

Margaret Jordan, then president and CEO of Dallas Medical Resources, needed to downsize more than 80% of her staff as smoothly and humanely as possible. An executive coach  helped her develop a game plan that included discussing the downsizing with employees, and answering questions—even hostile questions—as honestly as possible to show them that she understood.

Padmasree Warrior, who was the director of Motorola’s manufacturing technology group in Austin, Texas, called upon an executive coach  to help her sharpen her communication skills.  Together they  used 360-degree feedback to determine how Warrior was perceived in the organization, made recommendations on where she needed to improve, and outlined a game plan.

If you’re still wondering if executive coaching really does work, consider these statistics:

• In a study conducted by Metrix Global LLC, companies received an average return of $7.90 for every $1 invested in executive coaching.

• An internal report of the Personnel Management Association showed that when training is combined with coaching, individuals increase productivity an average of 86%. Those who are given training only improve by 22%.

• A survey of 100 executives done by Manchester Inc. showed coaching provided an average return of 5.7 times the cost of coaching, or more than $100,000.

Today’s business world is really competitive. It’s not enough to just get out there on the field and play. You need to be coached to win. For more information on how executive coaching can help you reach peak performance, contact TurnKey Coaching Solutions at 281-469-4244.