You are here: Home / Articles / Sponsor, Mentor, Coach — You Need Them All If You Want to Manage Your Career the Right Way!

The use of mentors has long been advocated as one of the best training and development tools the business world has to offer. There are countless studies that show those who receive mentoring have better skills sets, are happier and more in tune with their jobs, and are easier to retain and engage. If you’ve ever had a good mentor yourself, you know the value of learning from someone who has already been where you want to go. It’s always much easier to reach your destination when someone shows you the way. 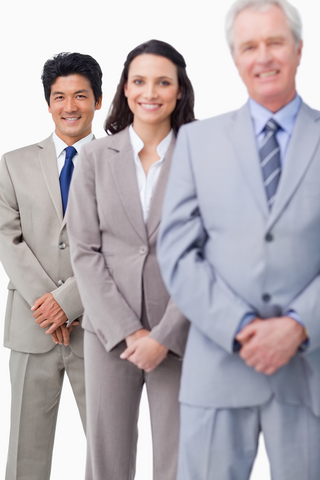 Recently, we came across this interesting article in the May 21 issue of Fortune about another key way for executives to move to the top: finding a sponsor. In the article, a sponsor is defined as someone who “will go out on a limb for you, open the door to your next job, introduce you to the right people, and make the case for you in those top-level conversations that could make or break your career.” When all is said and done, what’s the key difference between mentor and sponsor, according to the article? A mentor talks with you. A sponsor talks about you.

While the coining of the term “sponsor” may be relatively new, the practice of sponsorship isn’t. Way back when, when people were riding camels to the corner office instead of subways, they relied on others to help them reach the top. Once again, as organizations realize the benefits of sponsors, they are launching formal sponsorship programs. These programs pair executives-in-the-making with senior execs who give them much more than advice and emotional support—they keep their eyes peeled for new opportunities, make phone calls the to the right people, and fight to help their protégés land new projects and promotions.

While the article in Fortune makes some great points about both mentoring and sponsorship, it fails to mention an equally vital tool in talent development: executive coaching.

If a mentor is an expert who shows you the way to the door and a sponsor is someone who opens the door, an executive coach is someone who makes sure you’re walking through the right door with the right tools to begin with.

Here’s another way to put it. You’ve decided to vacation at a ski resort in Colorado. The mentor shows you, on a map, how to get there. The sponsor calls the airline, hotel, and car rental company to ensure you arrive. But when you hit the slopes of the Rockies, you realize that not only do you hate the cold weather and high altitude, you don’t have the skills or knowledge to get down the slopes. You would much rather be on a beach in Hawaii, where your aquatic self could show off your surfing skills.

An executive coach helps an employee recognize his or her own expertise and excellence, hones and develops existing skills, helps them acquire necessary new skills, and contributes to increased competency.

Mentoring and sponsorship is less likely to work without executive coaching. It doesn’t matter how many doors you’re shown or how many are opened for you. You need to have the chops — the skills, the tools, the knowledge, and the confidence — to exist on the other side of the door.

Mentoring, sponsorships, and coaching — engaged, productive, and happy workers need them all.