Whether you’re developing a new product or service, brainstorming ways to solve challenges and roadblocks, or — why not — debating a retirement gift for your department’s long-time senior manager, good decisions can’t be made without a healthy exchange of ideas.

But in workplace situations, where diverse groups are the exception rather than the norm, it’s not uncommon for people to withhold their ideas, especially when solving tough problems. Quite often, they are afraid to speak their minds simply because they believe they will be judged, or that their ideas will be considered “stupid” by others in the group. The result? Lots of great ideas never make it to the table. 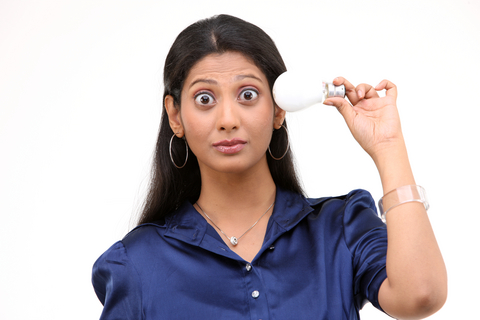 Fast Company recently created a short video for its 30-Second MBA series on just this topic. Their advice? In order to promote an environment in which people are not afraid to share their ideas, two things must happen:

1. Clear rules about the exchange of ideas must be developed and enforced. People must listen and refrain from criticizing when people express their ideas.

2. People who express their ideas should be rewarded, even when those ideas are not perceived as “good,” or are politically incorrect.

Another way to ensure that ideas are shared in typically diverse work group is to implement leadership coaching. If the goal is to develop an environment in which idea sharing is “safe,” coaching can support managers who are tasked with this goal.

We’ve all been in situations at work where a well-meaning leader has said something along the lines of, “There’s no such thing as a stupid idea.” But it’s one thing to hear those words, quite another to believe them. If your organization does not promote a culture in which healthy idea sharing is the norm across the board, all of the eloquent words in the world won’t get your diverse group to spill the beans. They will hear the words promising that they won’t be judged. They may even appreciate them. But they won’t believe them.

Leadership Development Coaching helps leaders build a habit of welcoming ideas, until sharing ideas — even in very difficult situations — becomes a non-negotiable, top-down automatic response. Only when this occurs can those “great ideas” transform a company.

To learn more about how TurnKey Coaching Solutions can help your organization foster a culture in which it’s safe to share ideas, give us a call or send us an email to set up a consultation.